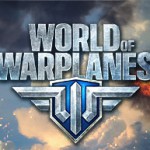 World of Warplanes is the flight combat MMO action game set in the Golden Age WW-II of military aviation. The game continues the armored warfare theme marked in World of Tanks and will throw players into a never-ending tussle for air dominance.

World of Warplanes game is instantly accessible, easy-to-play, free online - pick an aircraft, jump in a fight, shoot now or be shot, win or die(!) – this is the question. There’s no cost to you other than your time, being a free-to-play title. You can spend a free few minutes getting a match or two in. It’s totally open and up to you on how you use it. From what I can tell so far, that’s the brilliance in World of Warplanes.