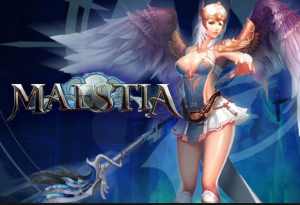 In terms of graphical quality, Maestia looks suitably impressive. Player characters, monsters and game environments all look nice and sport an appropriate amount of detail in their textures. As you progress through the game you may sometimes run out of quests.Well no worries simply head to the nearest mob of your level and start grinding.The exp required to level is fairly low and the exp received from mobs should be enough to get you to the next prayer quests.These quests are the usual variety of fetch and kill quests.Mobs are easy to kill and reward players by dropping unidentified items.These items can be identified at a nearby Altar on the field and once done will reward them with bonus stats that will prove useful as you continue.

Fortunately, there are options in the game’s settings (listed curiously under ‘Others’) to help keep the UI ‘proportional’ to the current resolution. Unfortunately, they don’t really work as advertised. The story of Maestia: Keledus, the dark lord, came to power by stripping the once almighty goddess Ia of her powers, plummeting the online game world of Maestia into a state of utter chaos. Now it’s your turn to rise up and take a stand and defy Keledus. Create and customize your own character. Unite with other players, defeat giant monsters and master challenging quests. Battle your way to the top of the rankings and become one of the 13 apostles. Be swept away by the fantasy MMORPG’s complex gameplay and have tons of fun playing the fantasy online game. In the multiplayer online game Maestia, you play in real time against thousands of real players.