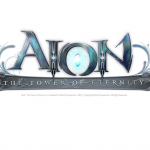 Playing Aion is like taking a trip down Dream Land. This slice of fairy-winged MMOs dates my career as a writer of words about this genre. Aion is a popular 3D fantasy MMORPG set in the mystical world of Atreia where magic and combat coincides. Choose between two warring factions and soar into the action, literally. As a rising hero complete challenging quests, fight gruesome monsters, raid instances, participate in intense PvP matches, and battle a powerful race of dragons for territorial control. Unlock the secret to the planet’s dark past in order to create a new future, in this now free-to-play adventure.

This is a deeply traditional massively multiplayer RPG that’s been tuned and oiled and lathed down to a perfect, stress-tested, smooth-running efficiency. It’s beautiful and flawlessly easy to use. It does everything you expect and nothing you don’t – until halfway through its 50 levels, at least. That’s when you make your first steps in its central war zone, the Abyss, and things start to get more interesting. it was my first professional gig, and try as I might, free-copy in hand and smug grin settled upon my phizog – I didn’t care for it all that much at the time.