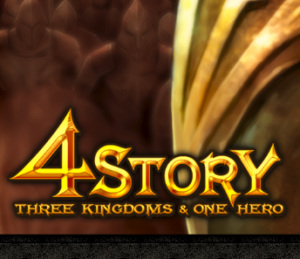 4Story is an MMORPG ( Massively Multiplayer Online Role Playing Game) developed by Zemi Int and distributed by Gameforge , distributor also : Metin2 , Gladiatus , AirRivals , Bitefight , NosTale , OGame and Cabal Online . It is based on a fantasy world divided into three kingdoms , one neutral , one of Gor and two in constant conflict : the warrior and the magical Valorian Derion . The game graphics and models for affinity is often compared to World of Warcraft , which has playing characteristics far superior .
As with other titles Free2Play MMORPG , you can pay real money to improve more quickly through the use of moonstones expendable through the ” Cash Shop .” Purchasing items from the Cash Shop is helpful since they give some benefits to the gamer than the majority of users who do not use the service . The advantages of the chargeable component , as in any MMORPG , greatly influence the game at high levels. The game is made ​​more interesting by the presence of guilds .